maxon motor looking ahead with confidence. 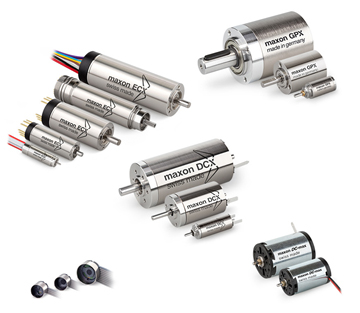 A look at 2015 performance so far and future direction of the DC drive specialist.

The strongest market for maxon remained in Medical technology, industrial automation and robotics and aerospace. maxon DC drives are found in many and varied applications, for example, space missions to Mars, surgical tools or humanoid robots.

Technology and investment in R&D remain a priority. maxon has partnered in several customer projects involving complex system solutions that, in addition to drives, also required software development. “Under this aspect, the ExoMars project by the European Space Agency, which is planning a Mars landing in 2020, is extremely interesting”, said Eugen Elmiger. “This is a very big development challenge.”

Said Karl-Walter Braun, “Our CTO system (configure-to-order and e-shop) provides sales teams and customers with a tool that enables them to configure and order the optimal drive solution for their needs from anywhere in the world.”

With many new products and noteworthy projects, maxon is confident about its outlook for the remainder of the financial year.

Overview of the maxon motor group
The maxon motor group, with headquarters in Sachseln (Obwalden, Switzerland), specialises in the development, manufacturing and sale of high-quality drive components and systems. The company is present in all key markets and has 2,238 employees. It has production facilities in Sachseln (CH), Sexau (GER), Veszprém (HU) and Sejong (KOR), Neyron (FR), and Enschede (NL). In the 2015 financial year, the group achieved a consolidated revenue of CHF 402.5 million. maxon motor produces the smallest positioning drive in the world, with a diameter of only 4 mm. The development of special motors for low and high temperatures has had far-reaching consequences: maxon products can today be found from deep inside the Earth to distant Mars. More information can be found at www.maxonmotor.com.au 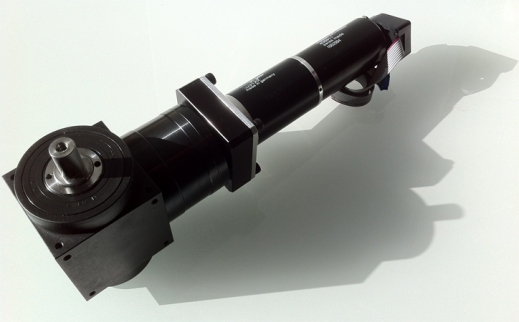 This robust right angle DC servo gear motor example showcases maxon motors capability to supply unique solutions for demanding applications. Supplied into Australia’s defence industry the motor and gearing needed to be of the most robust and efficient design.

The system is comprised of an 40mm rare earth brushless DC motor fitted with a 42mm 66:1 ceramic planetary reduction gearhead, a right angle 5:1 helical bevel reduction gearhead and a 500cpt digital encoder. The combination is specifically assembled to provide the exact proportion of speed and torque within a fixed shape the motor needs to fit within. The reduction ratio split between the two gearheads needs to be carefully selected in order to focus the high speed and low torque power transmission function on the ceramic planetary gearhead utilising the advantages of a gearhead containing high wear resistant ceramic components. The low speed high torque transfer task is conducted by a large low ratio helical bevel gear train. This design gearbox contains a very large tooth section by comparison to the planetary gearhead making it more suitable for this task. maxon motor’s 40mm rare earth motor gives high levels of power without the negative influences of a laminated stack within the motor. This coreless, ironless design allows for zero cogging movement and accurate motor control at low speeds for precision positioning control.

Oh yes, any colour as long as its black.